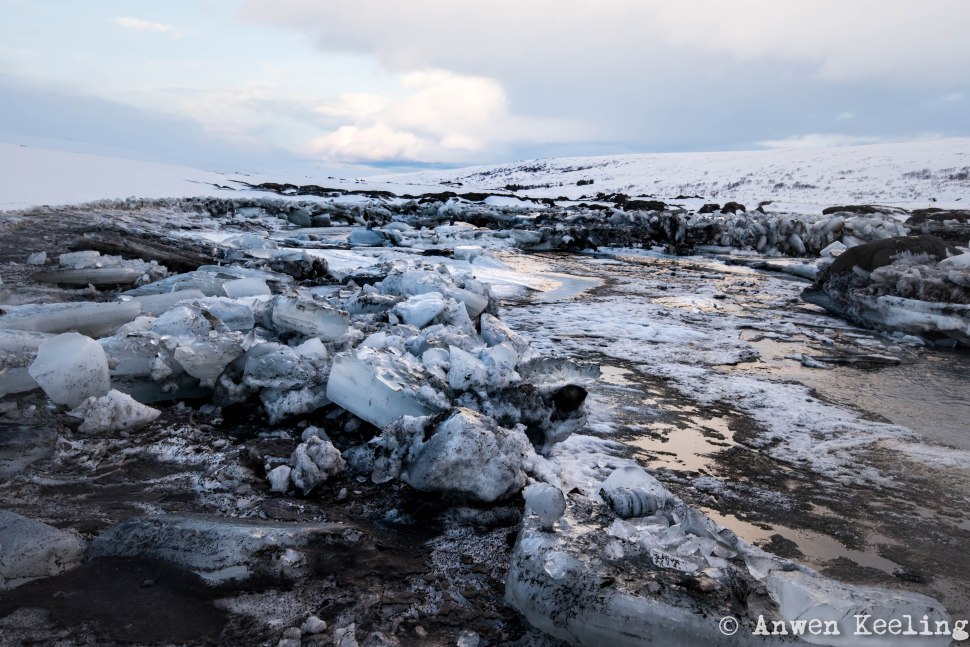 Jon’s family farm is situated in the valley of Bárðardalur in Northern Iceland and the valley has the Skjálfandafljót River running through it. Numerous farms are all situated along the base of a mountain and bordered by the river.

The Skjálfandafljót River begins at the Vatnajökull glacier and flows 180km, all the way to the river mouth at Skjalfandi Bay. Along the way to the coast, the river has some of the most beautiful waterfalls in the country, including Goðafoss, Hrafnabjargafoss, Aldeyjarfoss, Barnafoss and Ullarfoss. The water in the river is not solely glacial, with springwater pouring into it from the Odadahraun lava field, resulting in there being much trout and arctic char in it. When the snow melts in the summer months, it is prone to flooding.

The Saturday morning before the Þorrablót was spent helping in the kitchen, then it was time to feed the sheep who live in the big barns during the coldest months- and you can leave the doors and gates open when you feed them as they have zero desire to leave the warm barn! After this we rugged up and went exploring. The Viking as always was intrepid and keen to cross as much as he could of the partly frozen Skjálfandafljót river. I took a little convincing (a lot) not being a native on ice, as I am pretty sure I have seen movies where people fall through the ice and it doesn’t end well! As usual he was right and we did not fall through, and did manage to get some beautiful shots!!

Proving the ice is safe… I was happy to let the Viking be the sacrifical Ice tester….. 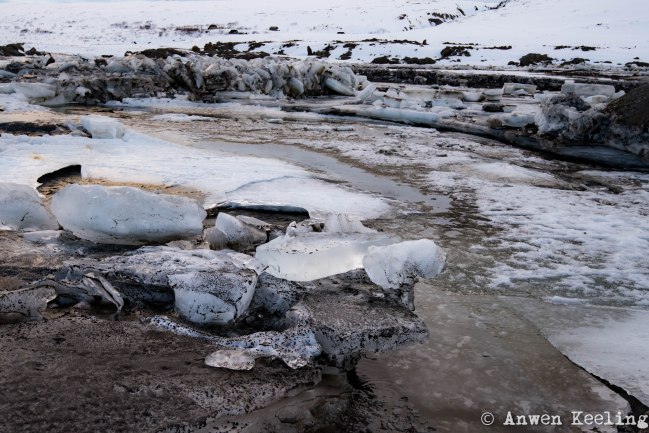 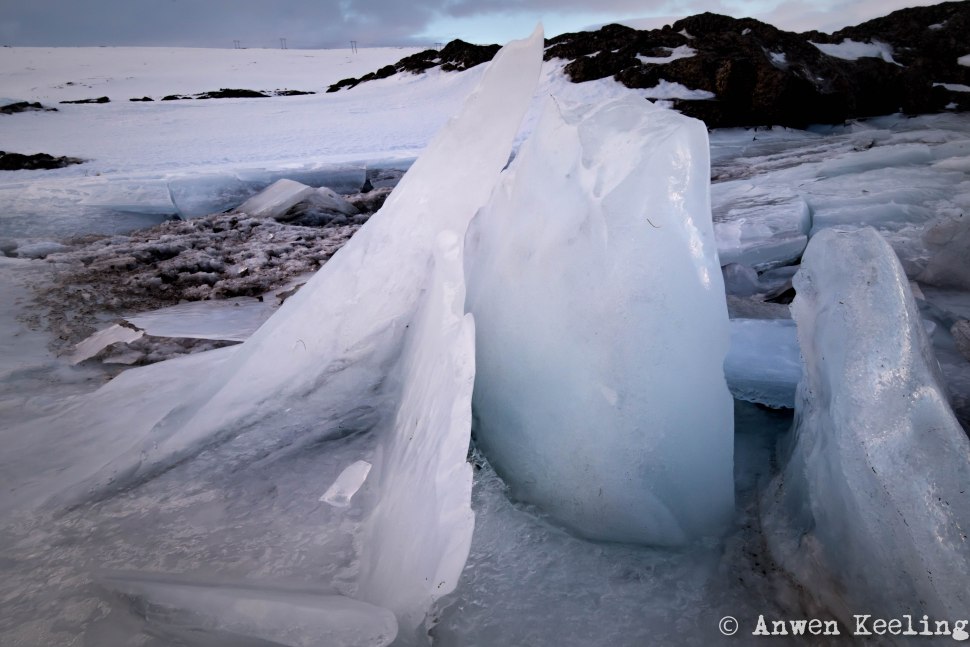 Not satisfied that we had expended enough energy, The Viking decided the next mission was to hike a small way up to a waterfall at the edge of the farm, it wasn’t a great distance, but in knee deep wet snow, it was challenging going. Once we made it to the base of the ravine in which the waterfall was, we then hiked further up into it along the sides of the river… which was mostly under the ice…. I let out a few yelps as we walked along when I would disappear into waist deep holes of snow…. Viking was not exactly sympathetic to my plaintive cries. I was busy imagining I was going to get swallowed up by the treacherous mountain of snow… finally I explained to Jón that having not grown up with snow I had no idea of what could or might happen and having a vivid imagination wasn’t helping… if we were back home I can read a rip at the beach… avoid snakes, and do all the other important Aussie survival activities. We made it to the waterfall .. and back! 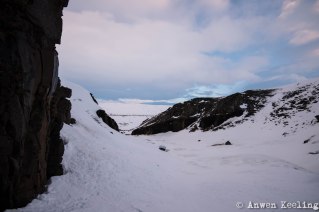 On our way home on the Sunday we deviated a little and stopped at Godafoss a beautiful and well know waterfall, that is further north along the river.