So the last few days have been a lot of fun, I decided I should take advantage of my lack of materials and go see some of the sights of northern Iceland. So I headed off for my horse ride herding sheep – see previous post, then stayed in a hostel for three nights in Akureyri- as it is too far to go back and forth from the island..

A great tour company called Saga travel seemed to be the company of choice so I did 2 day tours and a northern lights excursion. The first tour was called the Diamond Circle, where we covered 450km- numerous waterfalls craters and some spectacular coastline, led by the very entertaining body building, hairdressing, grandfather,  and knowledgeable Siddi. I am not very good at doing tours- I wander off, I interrupt the guide with random questions, heckle the fellow tourists, and generally disobey all instructions…. luckily I was with a fairly passive group of people who were happy to not interact and leave all the rude quips to me. 🙂 Our group was a pretty stereo-typical tourist group, with some Chinese ladies dressed in colourful ugg boots with bows and shiny colourful pants, an Indian couple, a few fellow single nerd tourists and me- so I sat up front and chatted with (interrupted) the guide. Unfortunately the group where not the most athletic and walked so incredibly slowly… and poor Sidi had to hold all bar two guys hands to go over any slightly bumpy terrain, and the few rocky bits we had to pass to see some good views was met with general hysteria- either that or both the ladies and men were just looking for any excuse to clasp the arms of the small statured but very well muscled Siddi… One thing I have to admit to, I got into the selfie mode- I was trying to fit in! ;P 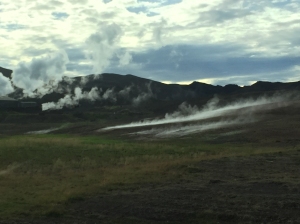 Our first stop was Waterfall Goðafoss (which is situated just a little way from the farm and mountain where I tried to wrangle recalcitrant sheep- I swear I could hear them laughing from the mountain side as I passed) and from there we visited the Lake Mývatn area and Hverir, the boiling mud pits, by Mt. Námafjall. Next we visited Waterfall Dettifoss 44m high and 100m wide, where a mass of water, mud and sand rumbles into a massive canyon. 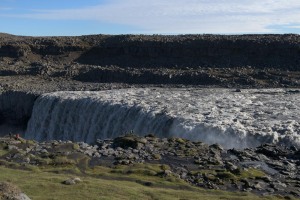 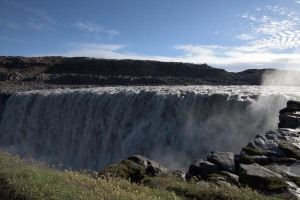 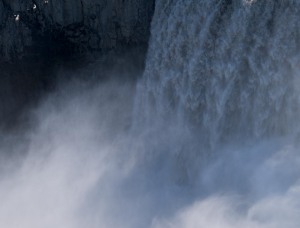 We travelled alongside the Jökulsárgljúfur glacial canyon to Vesturdalur valley and to Hljóðaklettar, the echoing cliffs.  (Probably now is a good time to point out that although I have written these names I can not for the life of me pronounce them!!!) They are world re-known for their basalt columns that characterize the ancient crater remains. Then to the imposing horseshoe-shaped canyon Ásbyrgi, surrounded by huge cliffs and really as close to the WALL in Game of Thrones as you can get! This place is known to be the meeting place of the pagan Gods, unfortunately I didn’t meet any as the tourists I was with all walked too slow… I did consider sacrificing a couple in the hope of seeing some Gods.. We had a quick coffee in Húsavík by the harbour and then headed back to Akureyri. 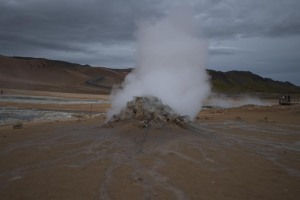 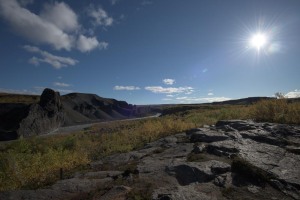 The evening was spent searching for the Northern Lights- which you can read about in its very own post! The following day I was a little exhausted, and luckily the tour I was on was an afternoon and evening tour. So once more the indefatiguable Siddi was lumped with me and only the Indian couple for the day, we explored Goðafoss waterfall – from the other side, then to Dimmuborgir (Dark Cities) full of lava-pillars and formations that are rich of mystic sagas and tales- which means basically most of the pillars are frozen trolls…. From there to the warm underground river in Grjótagjá rift before heading to the geothermal area of Hverir with boiling mud pools, steaming fumaroles and sulphur pits. Then we had a delicious dinner at the cow shed- literally there is a window between the cows and the diners, and you can order one to be milked on request!  After dinner we visited the Nature Baths and luckily the Icelanders prefer to be clothed in public so my German experience was not reenacted. Prior to immersion one must give oneself a vigorous scrub in the showers under the watchful eye of other local females- it is very much frowned on to not scrub atleast 2 layers of epidermis off before sharing a bath… It seemed like a really good idea (NOT) to walk outside in your swimmers in 4º and howling wind and pouring rain…. but it was… relaxing with my super buff tour leader in a completely natural pool of geothermal water based in the middle of lava fields… stinking like a rotten egg and watching my silver horse shoe turn black… was a brilliant idea and the perfect end to three fun filled days!!

The next day I needed to get back to Hrisey. So another successful hitch-hiking attempt was had- started off a bit dubious with my contemplating whether there was some sort RSI hitch-hikers thumb syndrome… and had to walk a good 5 or more kms before some nice Taiwanese tourists picked me up and dropped me at the junction for the road that goes along the fjord. Luckily I only had to wait 30secs for my next lift who them got me to the top of the long road to the ferry- and with time up my sleeve I tottered off down the road with my small pack and groceries- a weeks worth of veggies and some silver polish to restore my jewellery after the Sulfur bath… Unfortunately not much to be done about my green tinged hair. As I walked a car stopped without me even waving a thumb about, and kindly dropped me down to the ferry stop. Now I had an hour to kill – I noticed some fishermen busily engaged in activity on the other side of the dock- so wanders over and had a chat.. There were huge buckets of cod, a few mackerel and some sole- which was then presented to me by my new friend Fisherman Pete!! I was thrilled but had to admit it’s been over 20yrs since I last cleaned and filleted a fish- so fisherman pete swiftly filleted them and sent me on my way with a cracking dinner!!!

I arrived back at the Old School House to discover my paints had arrived!! I could finally start painting… I had bought myself a pretty fancy early birthday present of a set of Old Holland Paints… even better they come in a great box which will be good to send them home in. I have bought a whole bunch of aluminium panels to try painting on, I thought they might handle the rigours of travel a little better than canvas, I was hoping they would be light as well… they are a little more solid than I expected :)… stay tuned for the first few paintings! So enough blogging time for some painting… 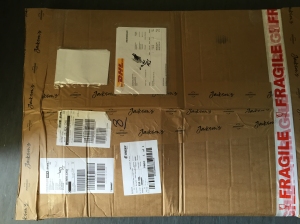 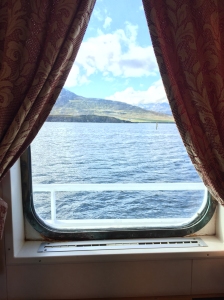